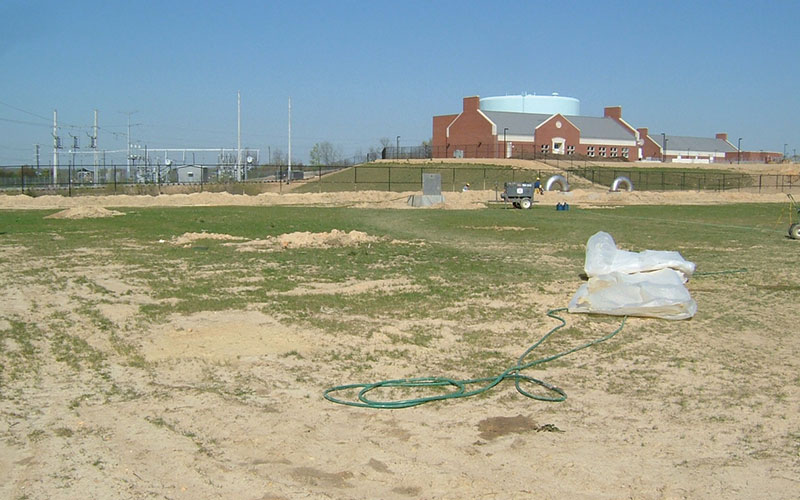 A water treatment plant in Lorton, Virginia, was in the process of completing the installation of an 85,000 square foot lid covering a clean water storage tank.

During this process, it was discovered that ground water was leaking into the tank. Over 2½ feet of soil was already in place on top of the tank and it would have cost the contractor more than $1 million to locate and repair the breaches, with no guarantee they would have all been found. ILD® was contacted in hopes that the EFVM® test would locate the breaches in a more cost-effective and timely manner.

Since the vector wire was not installed prior to the dumping of soil, the ILD® technician had to weave a temporary wire through the soil around the lid area. Because the soil acted as a conductor, the EFVM® test readings were strong and the ILD® technician was able to locate multiple breaches. Once a breach was located, the ILD® technician placed numbered landscape flags to allow for excavation of the soil and subsequent sheet membrane repair. The contractor made the repairs and the areas were re-tested to confirm watertightness. Since ILD®’s test, the fresh water tank has remained free from ground water contamination.